Isis' insights was triggered by Joshua Harris he wrote a book called I Kissed Dating Goodbye which I never read...
He is a controversial (^_^)

So I thought to write my insights... watch this video first :)

Well you can say that I followed that "I Kissed Dating Goodbye" for almost my entire life... (till recently this year)
and as I said ... never read the book... but somewhat instinctively followed...

During my teenage years to college (influenced by my Dad) up to when I was already working in the office...
Never experience date "alone with a guy" it is always been a group date... Whenever a guy asked me out... I would reply.. "who's coming?"
if he reply "ahh just us?"
my answer "hmmm I don't know..."
then he would quickly say "oh you can ask (her/him) to come along, how about that?"
Then I would say yes :)

So basically, if someone ask me out it must be with a group or at least with someone I know :)

If he is serious, he can visit the house and talk to me... (with my parents in other area of the house of course) He can't come if I'm home alone.

Because of Old fashioned?
Maybe I am... raised in Spanish / Filipino Culture... the female must be self controlled and decent.
But if you looked in Spain at the moment they are the most vulgar and passionate for public display of affection (^_^)
And, the new generation Filipino nowadays they call it Single but have "Live-in" or in "complicated" situation...

I'm not saying that in our family, females are "Maria Clara" (symbolizes the purity and innocence of a sheltered native Filipina woman.)
There are some of my cousins have been pregnant before marriage... no family is perfect.. even how much the a parent can be controlling... if the child can't be controlled... then what?

This video have an impact:

We can all make a bad / good decision, right?
It is all up to our-self to make decision in our life. Parents is there to guide and influence their children, But still a child can make a decision against his/her parent.

"Blood is thicker than water."

Means Someone will choose a relative than a none relative..

Depends on how you analyze the situation...
Can Blood still be thicker than water even He didn't choose his parents desire for him? Yes I think so :)
How was it so?
When the parents realize - it his son's decision in his own life, makes him happy .. so... the blood parent will choose its own blood son's decision :) right?
Parents will understand in the end even though there will be decades of no communication.

So back to "kissing dating goodbye"... at some point yes there was a mistake in that idea ... dating is important part of any relationship, dating is equivalent to bonding, better to date someone and be alone with the person, to get to know him/her better... but still with guidance of Holy Spirit. We can date and have bonding moment with someone without sex right? (^_^)

Anyway, the way I see Josh Harris at the moment,
(I am not judging Josh Harris... only God can judge him.)
... just reminds me of the verse written in Bible:

Matthew 7:13
The Narrow and Wide Gates
13 “Enter through the narrow gate. For wide is the gate and broad is the road that leads to destruction, and many enter through it.

I'm not saying that he is going to the "gate of destruction", what matters is what will happen in the End...

Will you and me still decide in the last minute to accept Jesus Christ in our heart and mind and know that it is really not in our own effort to "do this and that" but its HIS Salvation that can save us.

Now, my insights for Dawn Smith, you will know if the Church organization is a cult.. because most of "who is on top" of that organization are family related members and they are too controlling to its members, (I mean even the hair cut and all? The Bible didn't said anything about hair cut and etc...) Only those who are in "Religious Cult" that have too many man made rules.
Religion was never created by God ... it was created by humans.

There were only 10 Commandments in Old Testament and only 1 commandment by Jesus Christ in New Testament.

I dress conservative and have long hair, not because of the church I belong with at the moment, its because I love having long hair!

And, don't like exposing too much skin in every where I go...
but yes, I do wear the right outfit at the right time!
Like if we go night swimming ... don't expect me to wear long sleeves swim suit... of course not!
(^_^) I often do the late afternoon practice slot in swimming lessons before, cause I do not need to carry heavy long sleeves suit, also saves me money from putting on sun block. A good one 100ml sunblock cost around 300+ pesos!

When I was young from being a baby to 15 years old, my mother always cut my hair short as in "boy cut" (see the sample of Boy Cut left image) the longest I got was up to my chin only - called "apple cut!" She cut it like every month or 2 months. I don't like it because I can't tie my hair, and it irritates my eyes having bangs! 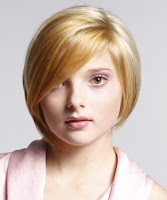 So its never about the conservative old fashioned upbringing ... it is really my choice!
To wear conservative clothes, have long hair and don't wear nail polish and make up on regular basis but on selective formal occassion of course!

At 15 y/o... I did not let anybody touch my hair... and I stop going to the parlor... just to avoid anybody convincing me to cut my hair ... never had any parlor treatment like hot oil or re-bond as most people think, but I did color my own hair before at home not inside the parlor ... (^_^)
Up to now I only go to the parlor like every year or last time was 2017 I think hmmm can't remember :)
I usually just cut my hair.

About organization Calvary Chapel Davao (based in Calvary Chapel Costa Mesa) - they never implement anything too controlling except the fact they don't allow someone "who is serving the church" (worship team, elders, teachers, etc...) to have relationship with none believer in Christ and Bible. It must be with the same faith.
But if you would want to have relationship with none believer, then step down from "serving" the church...
Still you can join the fellowship and be with us in gathering... it is not like you be executed and outcast as what Dawn Smith experienced "in their assembly".

The Bible says "Jesus loves us first while we are sinners"...

Romans 5:8 New International Version (NIV)
8 But God demonstrates his own love for us in this: While we were still sinners, Christ died for us.

so if they are truly "Christ Follower" why would they execute and outcast those who did wrong (in their sight) called "sinners"?
When Christ and God himself love us while we are sinners right?... means we can only hate the "sin" but not the "sinners". And, there is a big different meaning between two words. :)

Most people think of me as too "righteous" because in the way I "act and talk".
And, I post Bible verses in my social media account...
but the reality is, in my heart and mind I'm not judging anybody (the Bible verses I posted was a reminder for me, myself and I!)

If you have committed a sin...and saw my post and hit you?
Although my initial reaction is somewhat negative, Hey! If you did something negative - expect a negative reaction :)
I'm also human being that can stumble and commit a sin!
It is NOT for me to judge... as well as for you to judge me as righteous...

God Almighty himself alone will judge everyone in this world - me included :)

Anyway, at this point, about what happened to Josh Harris, I came to realize that it's never what anybody would think about what we do or commit... it's only between God and me... every actions we take is our own responsibility to God.

"Anonymous" are prone to deletion...
what are you afraid of?
C'mon Let yourself known.

Featured Blog of the Day 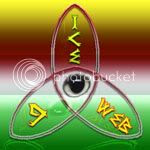